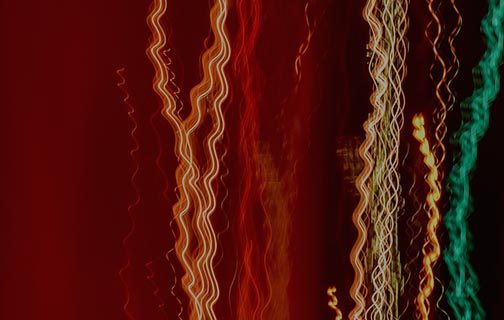 A woven life of creativity and connection by Brett Robin Wood

This blog is me sharing threads. Happy weaving the constructive life.

Some years back I was coaching a chap in a large financial services firm. I’ll refer to him as he was known at the time – “the Cloud Guy”- as he was championing this new fangled thing called “cloud computing” and this was back i… 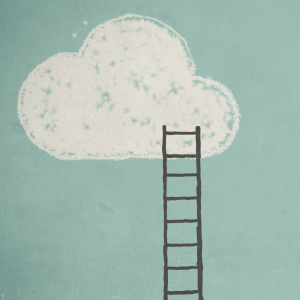 Some years back I was coaching a chap in a large financial services firm. I’ll refer to him as he was known at the time – “the Cloud Guy”- as he was championing this new fangled thing called “cloud computing” and this was back in the olden days before the term “the cloud” was in common usage. (2008!)

“I’m not a natural presenter,” he tells me as we kick off the coaching to help him better influence stakeholders to get buy-in and resources to progress his initiative.

“So, what’s been your approach then?” I ask.

“Terrible. These dinosaurs can’t see past their old ways.”

“Doggedness.” Reminds me of a word that’s having resurgence lately, “Grit.” Great word. Colloquial, evocative and emotive. Brings to mind Clint Eastwood characters. (Not being cynical, I’m really a fan.) There’s been a lot of talk about resilience in the success industry lately. Whilst I’m a big believer in its importance, there are some hazards if we interpret resilience as simply “dig deep & push on.”

You know the old motto

“Success is 10% inspiration and 90% perspiration.”

I once had a great conversation in a hotel foyer with Prof. Carol Dweck, author of the popular book “Mindset,” on the subject of effort.

I was a part of an organisational theatre piece, written by Tenille Halliday, performed onstage as a companion piece to Dweck’s keynote on the topic of Mindset for her Australian tour hosted by Be Learning. I was struggling with Dweck’s ideas. The real “ah-ha moment” for me came when Professor Dweck explained that effort isn’t just “slogging away.” It means, “deliberate practice outside your comfort zone.”

The effort, the 90% perspiration, is more than “dig deep & push on.” It’s about working at your edge. I’ve been blessed to work this year with Brave Insights drawing from the work of Keegan and Lahey’s “Deliberately Developmental Organisations.” This has further deepened my conviction that we grow by first better understanding our entrenched ways of thinking & behaving, and then working deliberately to test & learn new and better ways.

The 90% effort equation has always seemed somewhat depressing to me. Sounds like 90% grind, like a foot soldier slogging away for 9 days, just waiting for that 1 day of inspiration (perhaps at a “motivational event”). We needn’t sentence ourselves to that formula. If effort is “deliberate practice outside our comfort zone” then our effort will be energising, and our even our exhaustion infused with a sense of purpose and satisfaction. Which brings me back to Cloud Guy. 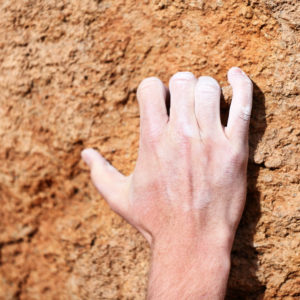 Grit is great but when it gets in your eyes it can clog your vision.

Cloud guy had a bad case of clogged vision. Worn down and battle weary. We’d tried all the usual “presence” techniques; body language, eye contact, voice, pacing, word-smithing his presentation. But the real breakthrough came when we started exploring mindset and purpose.

“I’ve got the business case on the slide deck, it’s a no brainer but these dinosaurs can’t see past their own short term agenda,” says cloud guy.

I reply, “So, you’re the smartest guy in the room, you know what’s what and they just don’t get it. But if you can’t help them see that, are you really so smart?”

Uncomfortable pause. Uh-oh. Maybe not the best thing to say to the smartest guy in the room.

“Well, perhaps a better way to put it,” I modify, “is that there are different kinds of ‘smart.’ Have you heard of emotional intelligence?”

“Well, I’ve never heard of cloud computing either. Perhaps we could learn from each other.”

He says, “Did you just use emotional intelligence on me?”

“Uh… possibly. What do you think?”

“I can see it’s potential.”

“To get resources from these dinosaurs who can’t see past their own turf.”

“Why is it so important that they see past their own turf?

So we dug around and deeper and finally he said, “I want to inspire them about how we can lead the way with cloud computing, and wake them up to the dangers of falling behind.” Cloud guy had been going into meetings with a “to do” list and a bitter mind, literally muttering to himself, “I’ll never get resources from these dinosaurs who can’t see past their own turf.” Now, he had a purpose: To wake people up to what’s at stake and inspire them as to what’s possible. His face lit up. Inspiration: tick.

Now for the effort. His deliberate practice outside his comfort zone was to experiment with “waking people up and inspiring them.” What would that look like? How would emotional & social intelligence help him speak to people in a language they understand? Are these people really the cartoon-character “Dinosaurs” he’d made them out to be? How could he show up to influence, supported by (but not laying down a suppressing fire of) PowerPoint slides?

His presence lifted immediately as did his mojo. Whilst I didn’t work with him long term, the short-term feedback was that people responded more positively.

– Re-think “effort.” It’s about finding your edge and working there more often.

– Don’t compartmentalise inspiration. Keep connected to it everyday or at least more than 1 in 10!

I’ve slipped “Surrender” into the mix at the last minute. It may be heretical to suggest this in a success industry that insists “You can do anything you put your mind to.” But, perhaps you may have discovered for yourself, for all our amazing ability to cause things to happen with our vision and will, there is a larger game at play that we can’t always control. And it doesn’t always go our way, no matter how much inspiration and effort we have. There’s just as much creative power in letting go and seeing what emerges, as there is in stepping up and exerting our will. Perhaps the tension between the two is a creative tension that we can mindfully play with, wrestle with and work with in pursuit of endeavour that makes a difference. 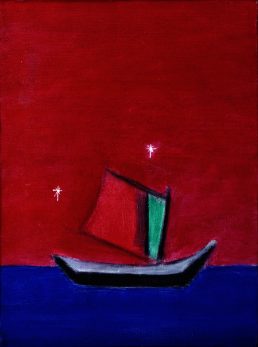 I jumped the ship of stable employment and dived into uncertain waters to start up Creative Wisdom in Feb 2015. Here I am nearly 2 years later finally launching. I thought it’d take 6 months.

It took 2 years because I thought I just had a to build a website but as it turned out, the website was just the outer window dressing to the dance space. The space itself is the philosophy and practice of relating, creating and being well. The website was gradually constructed alongside my thinking and it all finally clunked into place.

It took 2 years because, happily, I kept getting drawn into the work of helping people and organisations traverse the actual waters of relating, creating and being well.

It took 2 years because almost everything takes longer than I think it will. I’m actually quite a good planner. Yet I still have such great capacity for self deception regarding forecasting time and task. And the long haul on the high seas of creative endeavour tests my capacity for both patience and passion.

Which brings me to my insight and top-tip take-away for you dear reader:

Creativity is generated by tidal currents of Passion and Patience. 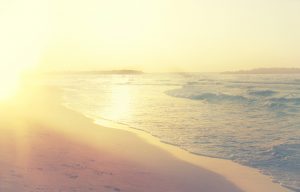 These wonderful forces, Passion and Patience, each have their respective shadows, namely; Tyranny and Passivity.

Passion becomes Tyranny when our ambition becomes divorced from the spirit of the endeavour and impatiently drives the ship, mercilessly whipping the oarsman onward with no respect for the natural movement of the winds and ocean currents. The ship of endeavour has become a slave ship. This gets very tiring. People may jump ship. You may jump ship.

Patience becomes Passivity when our genuine need to slow down slides gradually and imperceptibly into procrastination, justified as “going with the flow”.

“So how do I get this handled?” you ask.

“You don’t get it handled,” I reply, “You work with the tension.”

What’s so marvellous about human beings is that once we become aware of these contrasting and complimentary forces, we can mindfully toggle between them in a lively process of ‘recognise and readjust.’ For example: You catch yourself becoming all try-hard, joyless and besieged by your ambitions. And so you choose to take a break, or phone a friend, or go for a swim. Or: You find yourself staying up in the early hours watching, “Just one more ep of game of thrones because the kids are in bed and it’s okay if I’m a bit tired tomorrow and god knows I deserve some me-time”! And then you realise you’ve taken your eye off the prize. So you get back onboard your goal and hoist the sail. Or, as in my case, you keep watching game of thrones because it’s so damn great and then after some weeks pass you realise you’ve taken your eyes off the prize. 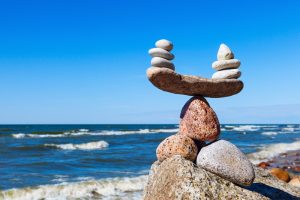 Creativity doesn’t require a perfect balance of Patience and Passion. Nor does it require some ‘enlightened’ freedom from Tyranny and Passivity.

At times we’ll achieve (or be graced with) a beautiful, energised-yet-effortless ‘flow state’ where Passion and Patience work in perfect union. This will arise naturally out of the ‘inner work’ of managing our Tyranny & Passivity, and the ‘outer work’ of taking action to get the work done.

Creative mastery isn’t a domineering mastery that ‘nails down’ the creative process to some perfect state. Mastery is an agile and ongoing dance of recognition and reorientation. A tango of surrendering and intending. Of letting go and getting back on board. Pushing and pausing. Rigour and relaxation. Failing, forgiving and forging on.

Creativity, human connection and wellness are born in the tension of opposites. I’ll be exploring a bunch of them in my ‘woven’ blogs.

At this launch of creative wisdom I wish you well in any endeavours you’re launching or continuing this year.

May you dance on deck occasionally.

May your sails be big-bellied with favourable winds.

When becalmed, may you enjoy the stillness until the winds lift your sails again. And if the winds of inspiration don’t pick up, may you pick up your oars and start rowing a good while before your run out of fresh water. 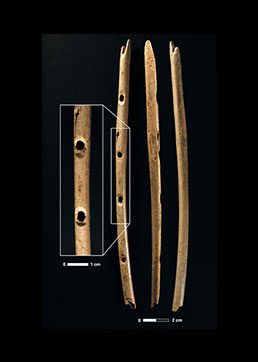 It ain’t just stone axe heads being dug up from 40,000 years ago. This is a flute, made from a Vulture’s bone. Imagine that. Some proto human dude sitting around hollowing out a vultures bone around the campfire. His mates are saying “dude,…

It ain’t just stone axe heads being dug up from 40,000 years ago. This is a flute, made from a Vulture’s bone. Imagine that. Some proto human dude sitting around hollowing out a vultures bone around the campfire. His mates are saying “dude, come on, we have to go hunt for meat.” He (or she, probably) going, “No, i’ve almost got it in the right key.” The hunters going “Can you believe that guy? playing with vultures bones?” Ah, the musician. There is a theory that the development of music gave us a competitive advantage over our music-less Neanderthal cousins. Music brougt us together, strengthened social bonding evolutionary advantage for mutual benefit. And of course, toe tappin, soul healing campfire tunes. Yay to artists everywhere! Ain’t the easiest life but hey, man cannot live by meat alone.